Does most disease start in the GUT? 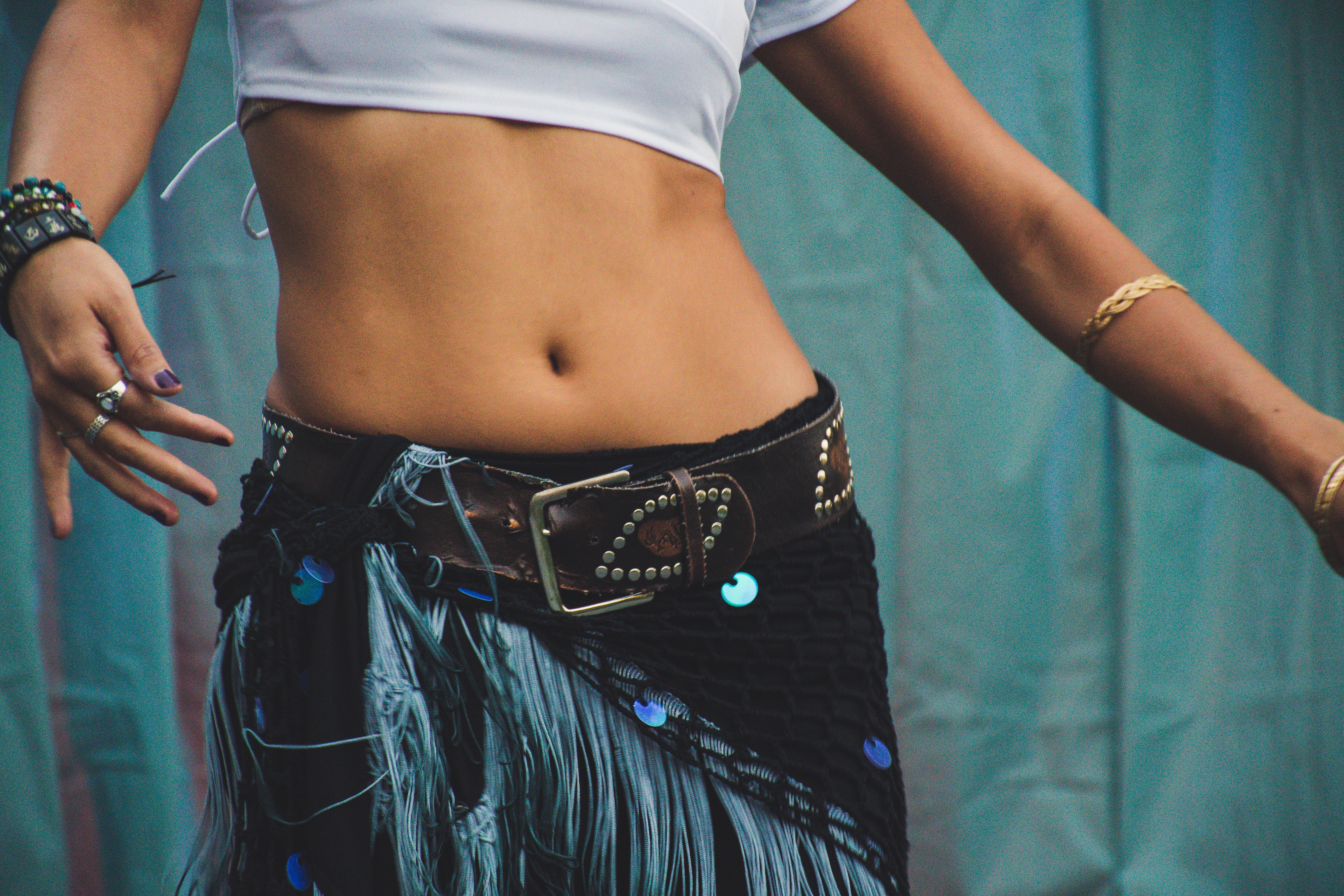 Do you agree? Or does it seems like a crazy statement? I have seen and treated over 200 patients and I would say that most disease unless it’s genetic begins in the Gut. Often it’s due to stress and inflammation. I have seen it many times. There is a strong link between the Gut and the brain. If the brain is stressed or anxious the Gut can’t perform as well as it normally would and when digestion doesn’t occur properly and food is not broken down then we can see malnutrition. Even though there is plenty of food available and diet of that person is healthy.

Another thing I see over and over is Intestinal Permeability or Leaky Gut. The large intestine is lined with a permeable barrier that allows some bacteria to pass into bloodstream and some to stay where they are. The lining is made of Tight Cell Junctions, but in Leaky Gut they are not tight but instead they leak. So unwanted bacteria called Endotoxins leak out and that turns on our Immune System which then starts a process called Inflammation.

This article from Healthline explains this in more detail:

Does All Disease Really Begin in The Gut? The Surprising Truth

“All disease begins in the gut.” — Hippocrates

Hippocrates, the father of modern medicine, was a wise man.

Much of his wisdom, which is now over 2,000 years old, has stood the test of time.

The quote above is one of them.

Obviously, not all disease begins in the gut. For example, this does not apply to genetic diseases.

However, there is evidence that many chronic metabolic diseases do, in fact, begin in the gut.

This has a lot to do with the different gut bacteria residing in our digestive tracts, as well as the integrity of the gut lining (1).

According to numerous studies, unwanted bacterial products called endotoxins can sometimes “leak” through and enter the bloodstream (2).

When this happens, our immune system recognizes these foreign molecules and mounts an attack against them, resulting in a chronic inflammatory response (3).

This diet-induced inflammation may trigger insulin resistance (driving type 2 diabetes), leptin resistance (causing obesity), fatty liver disease, and has been strongly linked to many of the world’s most serious diseases (4, 5, 6).

Keep in mind that this is an area of research that is rapidly developing. No clear answers have been discovered yet, and chances are that the science will look completely different in a few years.

What Inflammation Is, and Why You Should Care

Just to make sure that we’re all on the same page, I want to briefly explain what inflammation is.

I’m not going to get into much detail, because inflammation is extremely complicated.

It involves dozens of cell types and hundreds of different signalling molecules, all of which communicate in immensely complex ways.

Put simply, inflammation is the response of the immune system to foreign invaders, toxins or cell injury.

The purpose of inflammation is to affect the function of immune cells, blood vessels and signalling molecules, to initiate an attack against foreign invaders or toxins, and begin repair of damaged structures.

For example, if you get bitten by a bug, or hit your big toe on the doorstep, then you will become inflamed.

The area will become red, hot and painful. This is inflammation at play.

Inflammation is generally considered to be a good thing. Without it, pathogens like bacteria and viruses could easily take over our bodies and kill us.

However, there is another type of inflammation that may be harmful, because it is inappropriately deployed against the body’s cells (7).

For example, your blood vessels (like your coronary arteries) may be inflamed, as well as structures in your brain (9, 10).

It is now believed that chronic, systemic inflammation is one of the leading drivers of some of the world’s most serious diseases (11).

However, it is not known exactly what causes the inflammation in the first place.

BOTTOM LINE:Inflammation is the response of the immune system to foreign invaders, toxins and cell injury. Chronic inflammation, involving the entire body, is believed to drive many killer diseases.

Endotoxins — What Happens in The Gut Should Stay in The Gut

There are many trillions of bacteria in the gut, collectively known as the “gut flora” (17).

Some of these bacteria are friendly, others are not.

What we do know is that the number and composition of gut bacteria can greatly affect our health, both physical and mental (18).

Some of the bacteria in the gut contain compounds called lipopolysaccharides (LPS), also known as endotoxins (19).

These are large molecules that are found in the cell walls of bacteria called gram-negative bacteria (20).

These substances can cause an immune reaction in animals. During an acute bacterial infection, they can lead to fever, depression, muscle pains and even septic shock in serious cases (21).

However, what isn’t as well known is that sometimes these substances can “leak” from the gut and into the bloodstream, either constantly or right after meals (22, 23).

When this happens, the endotoxins activate immune cells via a receptor called toll-like receptor 4, or TLR-4 (24, 25).

The amounts are too small to cause symptoms of an infection (fever, etc), but the amounts are large enough to stimulate a chronic inflammatory response, which may wreak havoc over time (years, decades).

When endotoxin levels in the blood increase up to levels that are 2–3 times higher than normal, this condition is known as “metabolic endotoxemia” (26).

The endotoxins may either be carried into the blood circulation along with dietary fat, or they may leak past the tight junctions that are supposed to prevent unwanted substances from getting across the gut lining (27, 28).

BOTTOM LINE:Some bacteria in the gut contain cell wall components called lipopolysaccharides (LPS), or endotoxins. These substances can leak into the body and trigger an inflammatory response.

An Unhealthy Diet Can Cause Endotoxemia, Which May Be the Starting Point of Chronic Disease

Many of the studies on endotoxemia have injected endotoxins into the bloodstream of test animals and humans.

These studies have shown that this leads to rapid onset of insulin resistance, a key feature of the metabolic syndrome and type 2 diabetes (29).

This also leads to immediate increase in inflammatory markers in the blood, indicating that an inflammatory response has been activated (30).

Interestingly, studies have also shown that an unhealthy diet can cause endotoxin levels in the blood to go up.

Most of these studies were done in test animals, but there are a few human studies as well.

According to one human study, comparing a “Western” diet to a “prudent” low-fat diet (31):

“Placing 8 healthy subjects on a Western-style diet for 1 month induced a 71% increase in plasma levels of endotoxin activity (endotoxemia), whereas a prudent-style diet reduced levels by 31%.”

There are also numerous studies in test animals, suggesting that a long-term “high fat” diet can cause endotoxemia, and resultant inflammation, insulin resistance, obesity and metabolic disease (26, 32, 33).

Numerous human studies have also shown that endotoxin levels increase after eating an unhealthy meal. This has been observed with pure cream, and both high-fat and moderate-fat meals (22, 34, 35, 36, 37).

Most of the “high fat” diets/meals also contained refined carbohydrates and processed ingredients, so these results should not be generalized to a low-carb, real food based diet that includes plenty of fiber.

There is also a long-term study in monkeys showing that a diet high in refined fructose can cause this (39).

Gluten, via its effects on a signalling molecule called zonulin, may also increase gut permeability (40, 41).

At the end of the day, exactly which part of the diet causes endotoxemia is currently unknown.

It appears to be multifactorial, involving both dietary components and the different bacteria that reside in the gut, as well as numerous other factors.

BOTTOM LINE:Studies in both animals and humans have shown that an unhealthy diet can increase the amount of endotoxins found in the bloodstream, which may be driving metabolic disease.

Unfortunately, inflammation is incredibly complex, and the way it is linked to diet is just beginning to be explored.

No single dietary agent has been identified, and chances are that it is the “totality” of the diet and lifestyle that affects it.

I wish I could provide a list of foods to eat, or foods and ingredients to avoid, or supplements to take. But the science simply isn’t there yet.

Your best bet is to live a healthy lifestyle, with plenty of exercise and good sleep.

A real food based diet with plenty of prebiotic fiber is critical, with an emphasis on minimizing processed junk foods.

A probiotic supplement may also be useful, and some studies show that probiotics can help reduce endotoxemia and the resulting inflammation (42).

Probiotic foods, like yogurt with active or live cultures, kefir and sauerkraut, may also help.

At the end of the day, inflammation caused by bacterial endotoxins may be the “missing link” between an unhealthy diet, obesity and all the chronic metabolic diseases that are killing us by the millions.